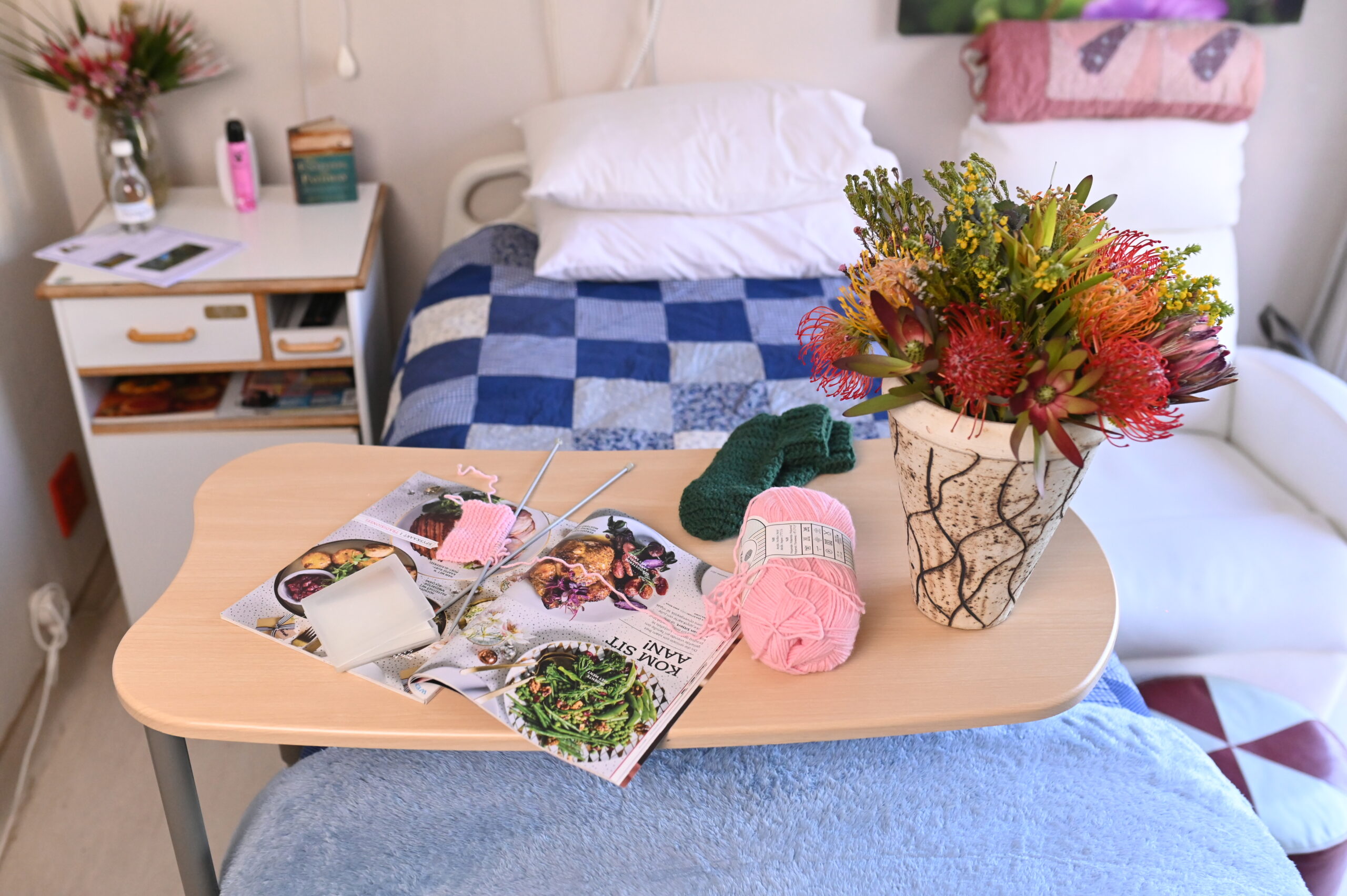 Thandi, as we will call her, was in her early 20’s and recently had undergone an amputation at the knee as a result of osteosarcoma. She was admitted to us from Tygerberg Hospital, one of the large State hospitals in Cape Town, so that she could recuperate from the operation. Unlike the other patients who were very ill, once Thandi was over the immediate trauma of the amputation, she became bored with just being in bed. The nursing staff looked around for ways to keep her happy and stimulated. Thandi expressed a desire to learn to crochet, but before wool could be found for her, one of the sisters presented her with a 5 000-piece jigsaw puzzle. Our young patient immediately rose to the challenge!

Thandi comes from very poor circumstances and had probably never built a puzzle in her life before, but was determined to complete the beautiful floral picture. With advice from all the nursing and cleaning staff at the IPU, she was soon sorting out the border pieces and construction started. Undeterred by less than ideal conditions (the only table available was a slatted one which had to be covered with a cloth to stop the pieces falling through!), Thandi embarked on what was to become an all-consuming mission during her stay with us. Day by day, the puzzle grew, not only physically, but in importance to her. As her leg improved it became a race against time to complete the picture – and it seemed that Thandi would have to be discharged before she had put all the pieces together…

The night before Thandi was due to go home was a bad one for her. She tossed and turned and became agitated to the point of vomiting. A quick staff meeting was called in the morning to discuss the situation and it was decided that the patient would be allowed to stay for two days longer. Thandi set to with a will and tackled the trickiest parts with new determination. To everyone’s delight the last piece was slotted in the day before her discharge. Thandi was so exhausted after her marathon session that she went to bed for the rest of the day and the photo-shoot of the victorious puzzle builder with the completed item had to be postponed several times while she slept the hours away! Her delighted expression in the photograph is testimony to the pleasure and pride she felt at having completed this mammoth task.

This story is an illustration of the holistic care on which the Hospice movement is based. The emotional wellbeing of the patient is just as important as the physical. Our nursing sisters so often report that a patient who is at peace with themselves and the circumstances around them, experiences less pain – and this was definitely the case with Thandi. She was discharged the next day with several puzzles to complete at home and the prospect of being able to come to our Day Hospice to learn how to crochet.

I hope you have enjoyed this story as much as we enjoyed having Thandi to stay with us. Her sweet nature and shy smile ensured that she crept deep into our hearts and it was very motivating for all the staff to be able to work with a patient who was improving and getting stronger every day – not often encountered in this kind of work.