The Helderberg Hospice Life in Full Focus photographic competition produced a second round of winners selected from the numerous wonderful photographs submitted.

Ronelle van Loggerenberg, Brent Abrahams and Silvia Kerkman’s photos caught the judges’ eye in the categories Making the Most of the Moment, It’s the Little Things that Matter and WOW! respectively.

Kirkman’s image of the Kleinsee stars won the WOW! category and was taken just before the August super-moon rose and lit the stars out of the sky.

The spider on a string of pearls is a mere 4 mm big but is endowed with super size by the macro lens of Brent Abrahams.  The iridescent green of the spider’s body is mirrored in the blades of the grass, which are transformed into great green reeds by same micro magic.  The category  – “It’s the Little Things tat Matter”.

Ronelle van Loggerenberg captured a tender moment between two cheetahs in the Kgalagadi Park.  The back lighting of the late afternoon sun gives a soft romantic glow to this snapshot of feline intimacy. “Making the Most of the Moment” is what it was all about – the photographer and the affectionate cats.

Entries for the final month of the competition must be submitted to the Superfoto stores at Somerset Mall and Waterstone Village by Monday 27 October at 17:00.

The three category winners for October will each win a R500 voucher from Superfoto and will stand a chance to be one of the three final overall winners in the competition.  Contact Patricia McNaught Davis on 082 731 5736 for more information. 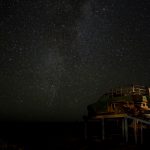 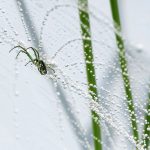 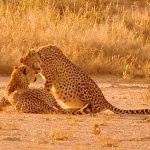 Come and celebrate with us!

Take me the contributions page
×
×