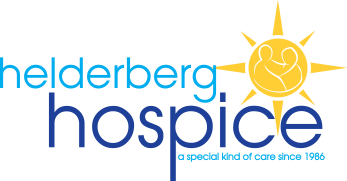 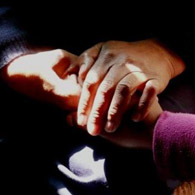 How does it feel when your worst suspicions are confirmed? When the sickness that has been gnawing away at you is suddenly running wildfire through your body?

When the specialist says there is nothing more they can do? For Heinz the decision was easy. He would return to his native Switzerland and ask for an injection which would speedily and easily take him out of this life. But his family were heartbroken. It had not been easy to walk the road of his illness with him so far, but he was their beloved husband and father and to have him suddenly remove himself out of their lives was too much to bear. Fortunately, Heinz’s GP was a doctor familiar with the specialised care of Helderberg Hospice and after a serious talk about how meaningful the final days of life can be to a family caring for a loved one, Heinz agreed to stay at home under the supervision of a Hospice sister.

Heinz’s daughter, Karin, recalls the last two weeks of her father’s life as being a wonderful experience for them as a family. “The Hospice sister was able to successfully manage his symptoms of discomfort and pain and our father was able to be in his beloved home, with his family and all that was familiar and comforting to him. And for the first time in our lives, we were able to give to him. He had always been such a strong and fiercely independent man that it had been difficult for him to receive from others. But in those last days we were enabled to care for him physically and emotionally in a way he had never allowed us to do before. The Hospice sister showed us how to bath and care for him, so our loving hands and arms were on him and around him all the time. We were each able to spend time alone with him and say our thank you’s and goodbyes. He died gently, surrounded by our love.”

Helderberg Hospice believes that people matter because they are. They matter until the very last moment of their lives and at Hospice we will do all we can, not only to help patients die peacefully, but to live until they die.